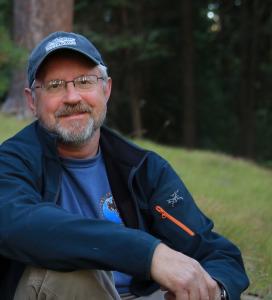 Jim is executive director and co-founder of the UO’s InfoGraphics Lab. He also is a senior research associate in the Department of Geography. The InfoGraphics Lab is celebrating its 30th Anniversary this year. He is a former president of the North American Cartographic Information Society. His interests include map and atlas design and data visualization. Jim teaches map design in the UO Geography Department. He is a co-author on the Wild Migrations: Atlas of Wyoming’s Ungulates (2018), Atlas of Yellowstone (2012), the Archaeology and Landscape in the Mongolian Altai: An Atlas (2010) and the Atlas of Oregon (2001) publications. His current projects include a revision of the second edition of the Atlas of Yellowstone. These atlas publications have received several major awards from the American Association of Geographers, the Cartography and Geographic Information Society, the Association of American Publishers, and the Wildlife Society among others.